Welcome to 2011. Wow, another year gone huh. And I’m tired. Are you tired? It’s funny how all this holidaying and doing nothing makes you tired. The weather probably has something to do with that too. 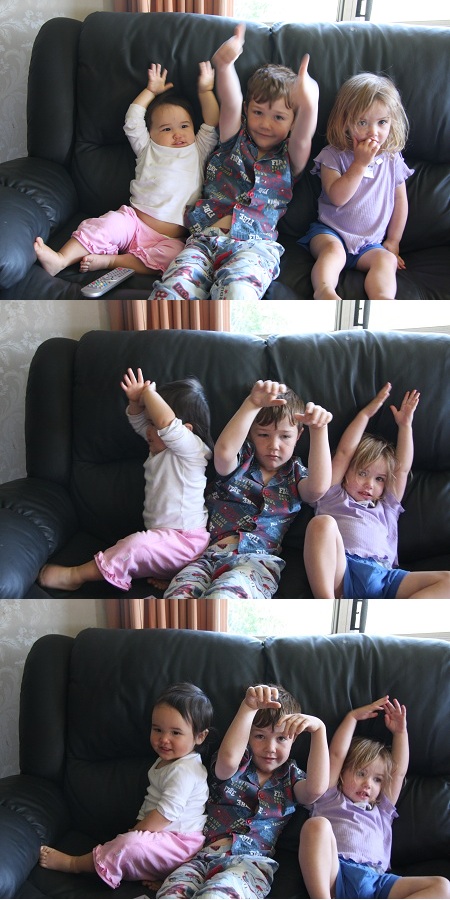 Hands up everyone! Abby and her cousins.

We spent our Christmas in Palmerston North this year visiting the husband’s family there. It was a busy day, leaving Wellington in the morning, arriving in Palmie two hours later for a Christmas lunch at the mother-in-law’s, then over to the father-in-law’s for dinner. I ate way too much food and suffered indigestion so didn’t get much sleep that night (I should’ve learnt from my last pregnancy) . And then Abby decided to wake up with the sunrise at 5am the next day. That’s what happens when you don’t have curtains! 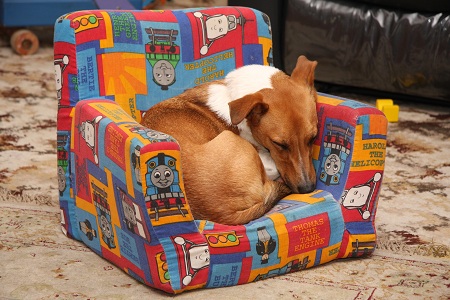 Fez after too many festivities

We then spent several nights with the sister-in-law, and ate and ate some more. Fez had a great time playing with the other dogs, and his mum Floss.

Abby had fun meeting lots of different animals. She got to touch alpacas, horses, some new cats and dogs, and met a budgie. She even got to sit on a miniature horse but didn’t like that at all! 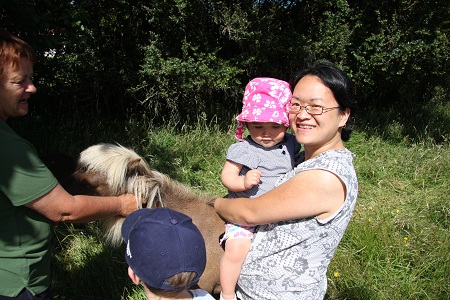 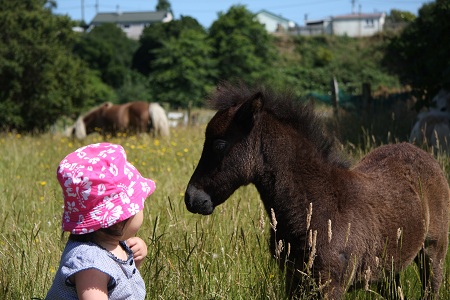 During the week we were away, Abby decided that it was time to walk more on her own. It’s still a bit strange seeing my baby walking whenever she pleases. She still needs to pull herself up on something to get on her feet, but it won’t be long before she’s completely independent with her walking. And it won’t be long before there’s two of them to run after! Good lord, she’s already wearing me out and I’ve even had lots of sleep-ins lately. I better enjoy the two weeks the hubby has left off work before I won’t have the time to!