Abby is Little Miss Chatterbox at the moment. She won’t stop babbling. Most of the time it’s just words that she knows and wants to randomly announce them. She also babbles nonsense but does it as if she’s speaking whole sentences. She’s getting better at communicating now and can ask for things like food, or even tell us she’s done “poo” although sometimes it’s a false alarm. She’s beginning to string words together now – her best is “Mummy, sit here”. It’s so cute! 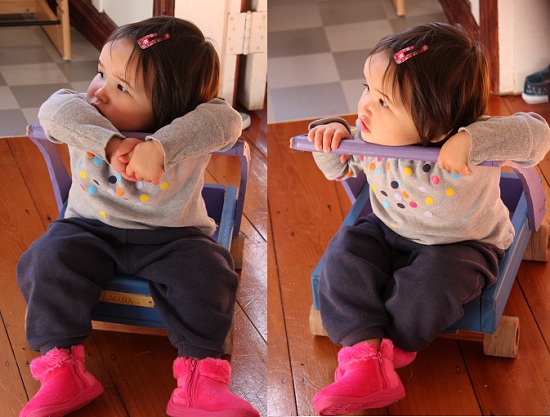 She got tired of pushing her trolley

Abby can understand when we say “nappy change”. She will go and lay down her change mat and get a nappy (or four) ready for us, but then she’ll run away and delay the change for as long as possible. She also understands that when it’s time for dad to brush her teeth at night, then it’s time to say goodnight to mummy and she’ll come and give me a kiss and a goodbye wave.

She loves to share food now and will offer mummy or daddy some of what she’s having. Sometimes she just teases and takes it back though! If I give her a cracker, she says “Mummy!”, expecting me to have one too. 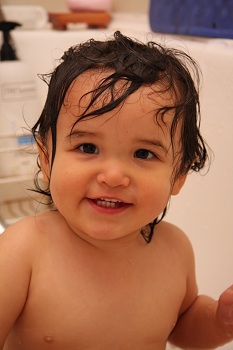 We can ask her to do things for us like put her bottle on the table, take something to mummy or daddy, pick something up off the floor, and put something back where she found it. Her latest trick is asking for a tissue so she wipe her mouth and hands with, or the couch/table if she’s spilt something. She even drips milk on purpose so she can have something to wipe! Maybe she’ll be a great help when her brother arrives (about a week to go!!). Most likely she’ll just poke him and try and feed him dogfood. 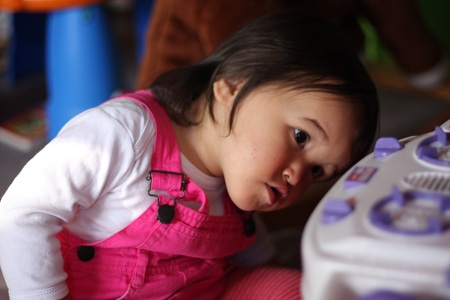 Wondering if her Mr Potatohead limbs are cooked yet