Abby’s been taking a variety of toys into bed with her lately. Not only has she been sleeping with her old faithful Baby Bear, she’s expanded to include Monster and Rabbit, often all at the same time.

Sometimes it’s not even soft toys that she sleeps with – we’ve found her lullaby music toy and various books in her bed. She came into our room one morning with a deflated beach ball which was more than likely her bed pal for the night. 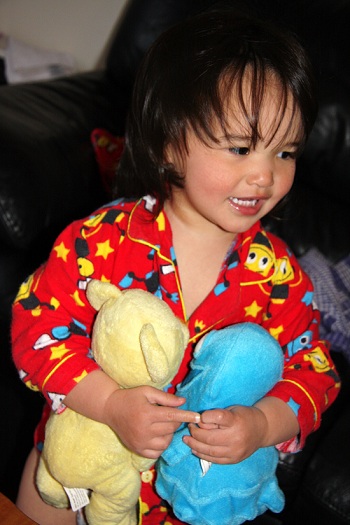 Abby fresh out of bed with some friends (and sans pants)

The other day we found that she had slept with SpongeBob (“Bob-bob”). What’s so special about that? Nothing except her bed is rather small and SpongeBob is rather large! 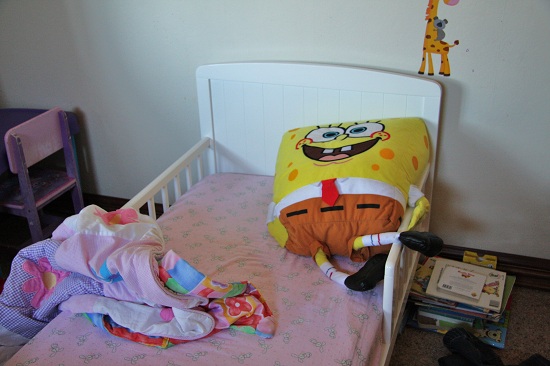 SpongeBob taking over the bed