For Mother’s Day this year, I got a trip to the after hours doctors, then five hours in A&E at the hospital – because Cameron developed a strange swollen ankle/foot, with no obvious cause. 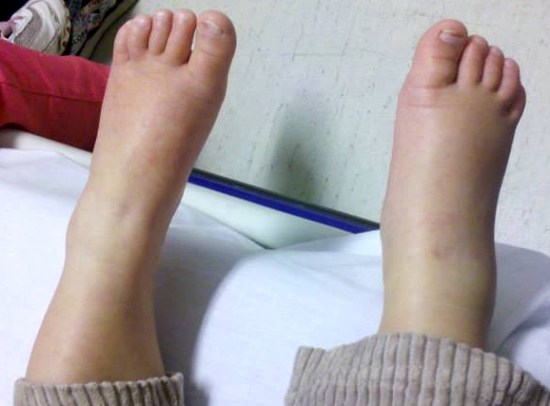 A sprained ankle or infection?

We weren’t sure if he had only sprained it, but the doctors were concerned it was a tissue infection, or worse, a bone infection. So Cameron was admitted to be treated.

He had x-rays, an MRI (which he needed to have general anesthetic for so he didn’t move), a tissue/fluid sample taken, and 6-hourly intravenous antibiotics. Poor fella – he did not like the IV line or the bandages and splint protecting it, saying “Too big!”. At least he loved the hospital desserts.

We spent three nights in hospital. Luckily he had TV, his lions, clowns and lots of play equipment to keep him busy. By the last day he wanted to spend most of the time in the playground outside – despite not being able to walk on his feet.

We’re still not really sure what happened, but fortunately it wasn’t anything too serious. Cameron is running around and back to his usual active self. (Except he has an ear infection and conjunctivitis now…)

We are very fortunate that this was nothing in comparison to what some other families are facing.

So, to all the brave kids, and their parents – I salute you!