The idea of spending 15 days in a campervan with two under 5 years olds was a little worrying at first. For two working parents it was going to be quite a change from the norm. And I’ve never been campervanning before – or ‘vamping’ as I’ve decided to call it.

Luckily, the weather was good to us (mostly) and the kids were a lot better behaved than we expected. We actually did things as a family, and there wasn’t too much grumbling from the kids or adults. 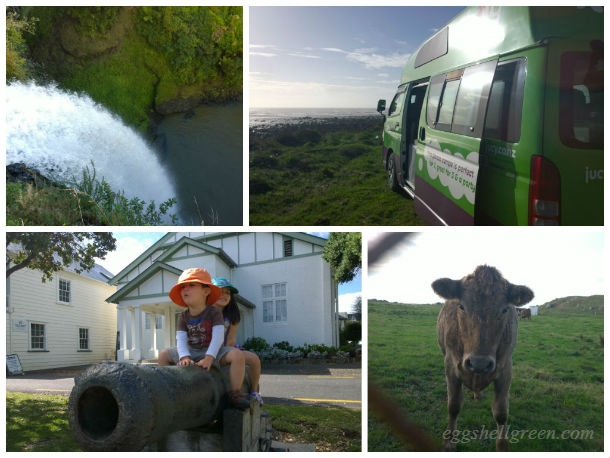 We started off in Wellington – good place to start seeing as that’s where we live.

About 100 km north, we were hit by a freak storm that made driving evidently dangerous. Wisely, we decided to stay the first night at the mother-in-law’s in Feilding.

Even though the storm didn’t hit Feilding, it was a good call and I admit was glad to delay having to sleep in the van. After all, who would pass up a comfy bed inside a house with a wood fire going?

The next night was spent in New Plymouth at a friend’s house. Again, I got a comfy bed inside the house, but the kids wanted to sleep in the camper so Neil joined them. Oh what a shame… I got a bed to myself with no kids in sight!

We then headed to Raglan, and finally we all had a first real day and night in the campervan. It wasn’t so bad, luckily, as first impressions do count and there were plenty more nights coming.

After that we spent a couple nights at my parents’ in Auckland (real beds in a house, again – yay!), before venturing north. 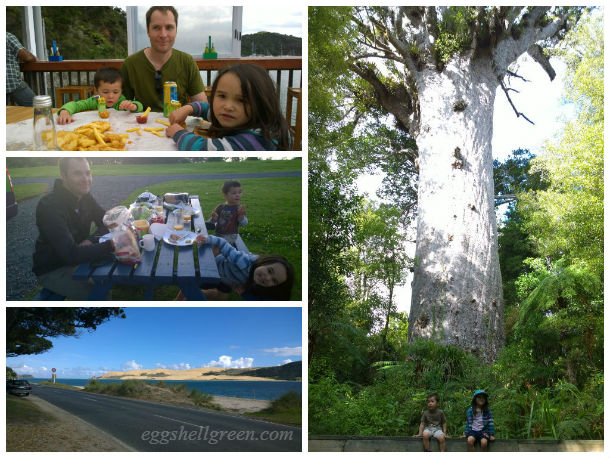 Onwards to Whangarei where I cooked our first meal in the camper – instant noodles! Everything is so much more challenging on little gas hobs and a single pot and frying pan. Especially cooking for four.

We retired for the night in Kawakawa at Derek Landing next to a river – my first taste of freedom camping. It was a bit strange being out in the wops with nothing around. I have a bit of a fear of being ‘out there alone’, so I was relieved when another camper turned up for the night.

The next day was spent in Paihia with a ferry trip to Russell. It was wonderfully sunny – I sure miss the Northland climate.

Next stop was a holiday park in Waitangi where we enjoyed flush toilets and toasters, and watched a Maori cultural show. Then we left for Kaitaia to another night of freedom camping at Unahi Reserve.

Free fish for our dinner

This time it was next to a small wharf where a generous fisherman gifted us a large snapper. Score! We were thankful we brought along a sharp knife, but filleting a fish in the fading light on a tiny table and chopping board was not easy. Worth it though.

That night was a little scary because we were by ourselves, and the sound of voices late at night didn’t help – turns out they were just fisherman returning to their cars (whew).

This was the northern-most point of our trip. Having already been to the tip of New Zealand previously, there wasn’t a need for us to take the kids up that far yet. Maybe when they’re older and can appreciate the significance of Cape Reinga. 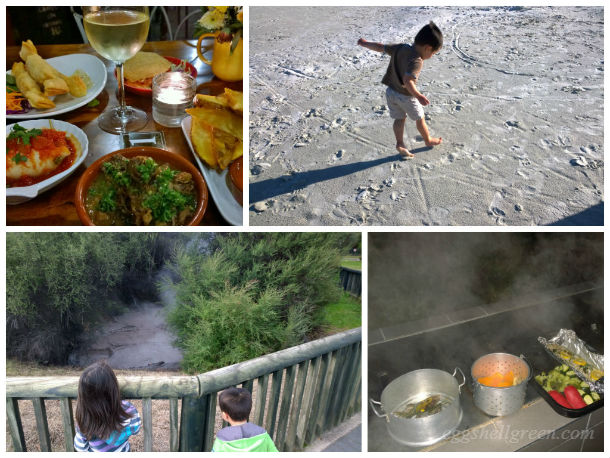 Clockwise from top left: Date night at The Stables, Auckland; Running on the white sand of Kai Iwi Lakes; Steam oven and mudpools in Rotorua.

We decided to head back down from here. Oh no, it signalled we were around half way through the trip! We camped the next night at the beautiful Kai Iwi Lakes. That brought back many memories of camping during my university years. The kids loved the water – crystal clear with white sand and just perfect.

After stopping again in Auckland for some freshening up at my parents’ (surprise mum!), we started on the last part of the figure 8 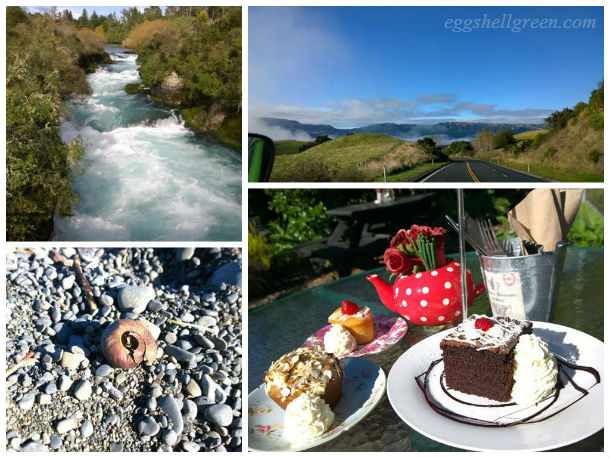 We spent a day in Rotorua doing lots of touristy things, including going up the gondola, spotting native birds (including some frisky kiwis), and cooking in a natural steam oven.

That night we camped at Lake Okareka which proved to be a very popular spot. The long-drop loos there were quite cool, though the smell was overwhelming if someone forgets to close the toilet seat (whoops). 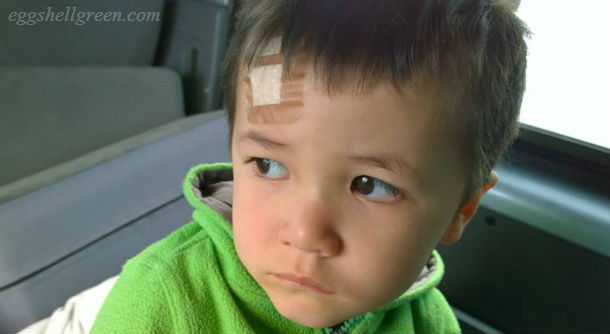 My mum would say “He’s got a pork bun”

After Cameron introduced his head to The Rocks sculpture, we managed a family dinner at a restaurant. Oh how fancy was that compared to canned stews and instant noodles. Duck confit – yes, please!

The visit to Napier included seeing fish, kiwi, and bees. We bought local figs, olives, wine and beer for a nibbly dinner. We were glamping that night: glamping + vamping = galavamping! 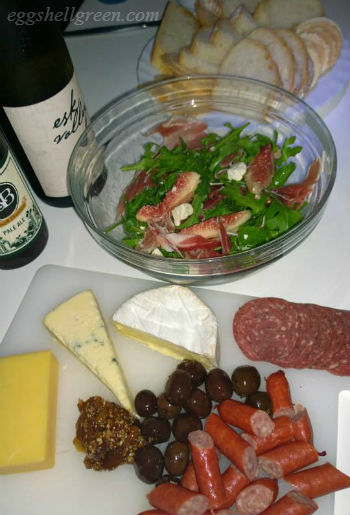 That night was spent at one of the several freedom camping spots in Clive – Haumoana Reserve. This one had public flush toilets – how posh, even though there was a giant cockroach on the wall all evening. I got a bit freaked out but not wanting to scare Abby I said “Oh look, a bug” – to which she replied “Can I hold it?”

Then back to Feilding for another night with the mother-in-law, before a nosy at the morning market, some lunch, then back home to Wellington. 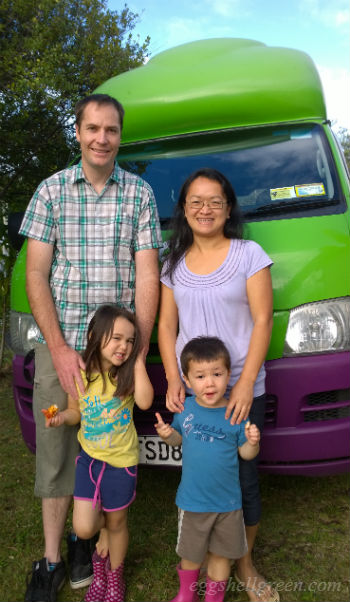 We made it! We had loads of fun, saw lots of stuff, and we still love each other!