Even though I’m a tad late, the rise of the super moon prompted me to get out my camera and do a bit of photography practice.

What a perfect night for it. Bit chilly outside in my pajamas, but a jacket and ugg boots helped with that. 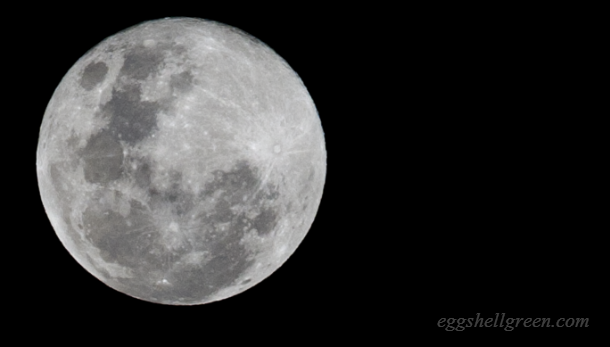 The super moon in Wellington

I didn’t do too badly – after I remembered which numbers meant what (it’s been a long time since I used manual mode). Mental note: the moon is very bright (especially the super moon!), so no need for long exposures…

I love being able to see the moon’s details like those impact scars. It’s a pretty magnificent object, even though it’s just a little moon.

Next time I’ll try and capture the super moon in its full glory. I think I’ve said that before, seeing as the last super moon we photographed was in 2012, and again had missed the full rise.